NASA’s Cislunar Autonomous Positioning System Technology Operations and Navigation Experiment (CAPSTONE) mission is ready to launch to the Moon on June 27. The launch will be conducted using Rocket Lab’s Electron rocket from the company’s launch site in New Zealand’s Mahia. Notably, the Electron rocket, which measures just 59 feet tall, would be the smallest rocket to attempt a Moon mission in what would be Rocket Lab’s first beyond the low-Earth orbit (LEO).

How to watch the launch?

According to Rocket Lab, the launch window for Electron’s lift-off opens at 09:50 UTC (3:20 pm IST) and the webcast will commence 45 minutes prior to the launch. You can watch the launch live on NASA’s official website or its YouTube channel. Rocket Lab will also provide live updates of the mission on its Facebook and Twitter along with a live video on its YouTube channel.

Under this mission, the CAPSTONE CubeSat will explore a unique orbit around the Moon called the “near rectilinear halo orbit” or NRHO. According to NASA, this spacecraft will be the first to enter the NHRO, where the pull of gravity from Earth and the Moon interact to allow for a nearly-stable orbit. This mission is important as it is will test the NHRO to determine its feasibility for the Lunar Gateway.

The Lunar Gateway, which is a critical component of the Artemis Program, will be installed in the Moon’s orbit as an outpost and would provide vital support for a long-term human return to the lunar surface. Tap here to read more about its concept. As for the CubeSat, it will collect data while in the NHRO as it drifts as far as 76,000 kilometres from the lunar surface and comes as close as 3,400 kilometres over the lunar north pole in a week. 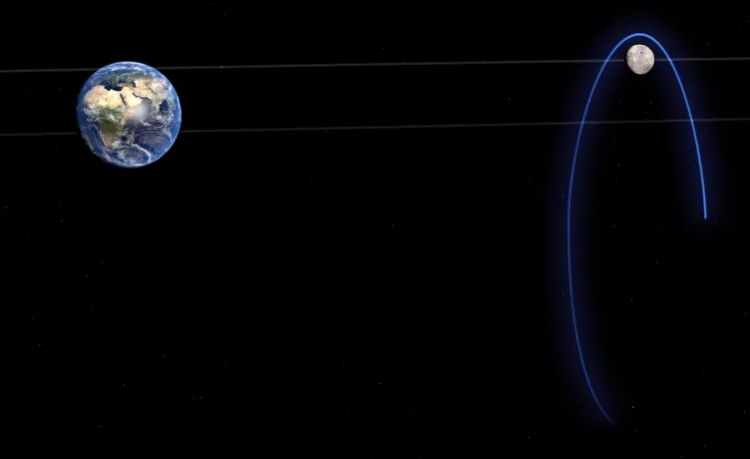 (Illustration of CAPSTONE CubeSat’s orbit around the Moon; Image: NASA)

After the Electron rocket pushes the CubeSat into outer space, it would take four months to reach the Moon. NASA says that it will be operational for six months and demonstrate innovative spacecraft-to-spacecraft navigation technology and one-way ranging capabilities that could help future spacecraft fly near the Moon with reduced need for communication with Earth.