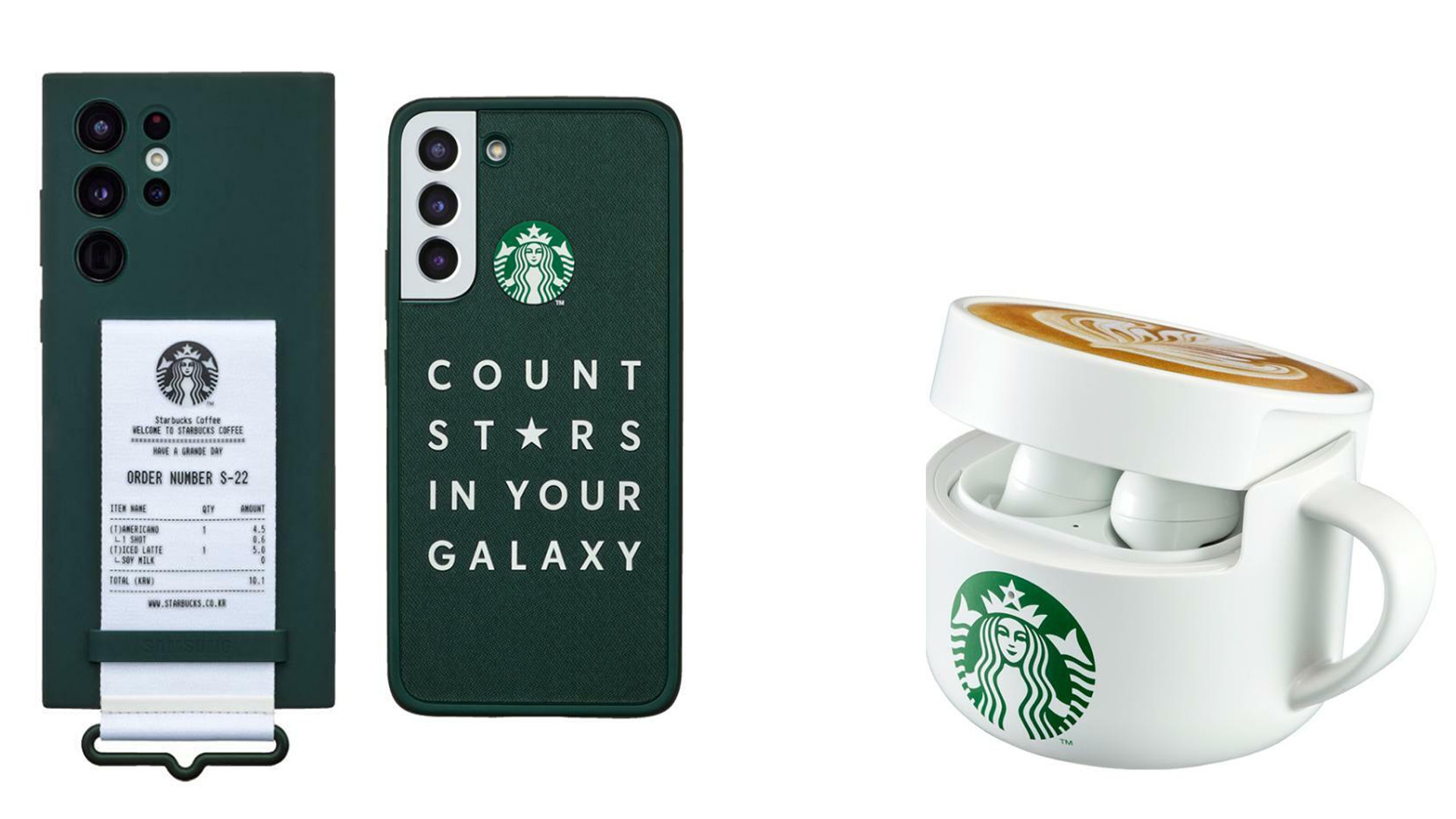 Never one to shy away from branded collaborations, Samsung is teaming up with Starbucks — no, not the Battlestar Galactica character — to release a new line of phone and earbud cases.

Made out of an “eco-friendly material”, the phone cases will be for the Galaxy S22, S22 Plus, and S22 Ultra, as reported by 9to5Google (opens in new tab) who translated the original post from Korean (opens in new tab), The cases reflect Starbucks’ art style as it takes inspiration from the company’s branding. Certain items will be for certain phone models as they take their respective hardware into account.

The Galaxy S22 and S22 Plus will share two cases inspired by the aprons that the baristas wear. Yes, really. One will have a simple Starbucks logo while the other will have a tagline that reads “Count Stars in Your Galaxy.” The S22 Ultra will have two cases that sport extra holes for the phone’s camera lenses. Both have a rear strap: one will be a caricature of the company logo while the other has a fake receipt.

In addition to the phone cases, Samsung and Starbucks have designed two cases for the Galaxy Buds 2. The first is a rather plain looking green case with the Starbucks logo printed on the cover. The second case is much more adorable: it looks like a coffee mug complete with latte art.

It’s unknown if the collaboration will ever be released outside of South Korea. The lineup launches on June 28 via Starbucks’ Naver store (opens in new tab), 9to5Google reports the drop will be limited, so if you have a way to ship them, be sure to act fast.

We did ask Samsung if there’s a possibility that the lineup will launch internationally and what exactly is “eco-friendly material”, but we didn’t get a response to either question. It should be mentioned that the S22 Ultra does have similar looking cases (opens in new tab) made out of silicone with a strap on the back. This silicone material has been referred to as eco-friendly.

Alluded to earlier, Samsung has a history of launching playful collaborations. For example back in May, Samsung launched a special edition charging case for the Galaxy Buds 2 in the shape of a Poké Ball. The unfortunate truth is that many of these collaborations don’t leave South Korea.

There are some that go international like last year’s Galaxy Watch4 collaboration (opens in new tab) with luxury brand Maison Kitsuné and the Galaxy S20 Plus BTS phone from 2020. But for whatever reason, 2022 has seen Samsung be more stingy with releasing collaborations overseas.

Whatever their reasoning may be, we hope Samsung does launch the cute coffee cup case outside of South Korea. If you’re interested in other cool collaborations, we wrote about China getting a Naruto style phone,