The largest sporting event FIFA World Cup is all set to be held in Qatar in November and December this year. The last FIFA World Cup witnessed over 3 million viewers in Russia in 2018. This will be the first time the FIFA World Cup will be taking place after the Covid-19 pandemic. Hence being the partner of the event, Qatar Airways has announced the updated flight schedule for the fans worldwide. 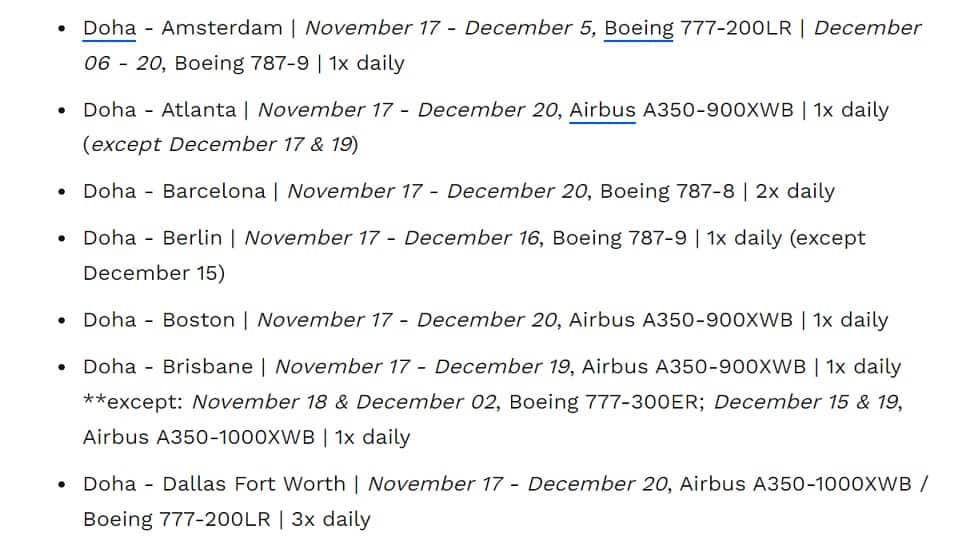 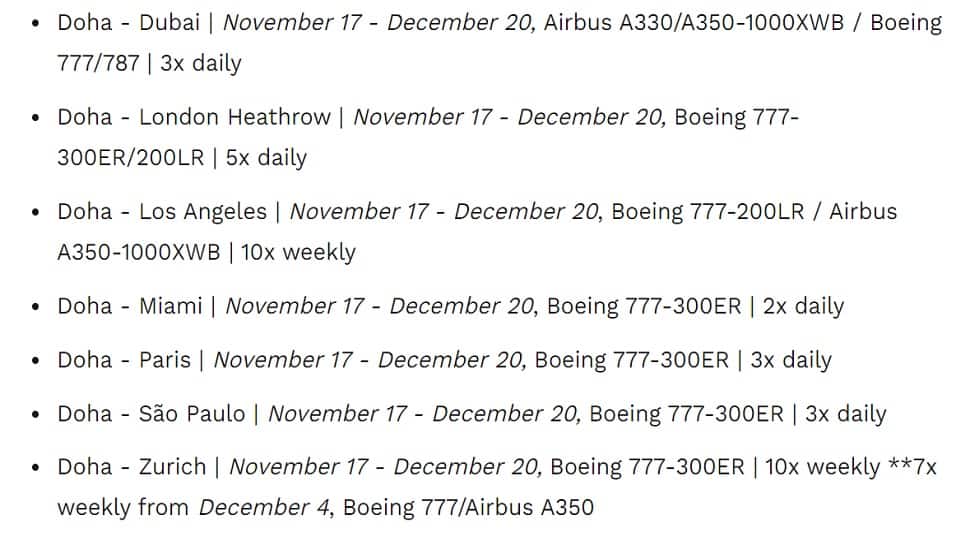 Apart from Qatar Airways, other airlines are also gearing up for the World Cup. A few airlines including Aerolineas Argentinas announced that they will be operating charter flights to Doha for the convenience of passengers. Until now, the airlines planned to schedule six flights, two each for the group stage, but they may schedule more flights depending upon the requirement. The flights from Buenos Aires (EXE) to Doha (DOH) will have an hour stopover before departing for Doha. The total flight time would be 19 hours.

For the World Cup charters, Aerolineas Argentinas will use its Airbus A330-200 aircraft, with a 270 passenger capacity in a two-class cabin, reports Simple Flying. The airline’s A330 aircraft have 24 angle-flat Club Condor seats and 248 standard economy seats. In preparation for the World Cup, many airlines will revise their schedules to/from Doha, and may even add charters.